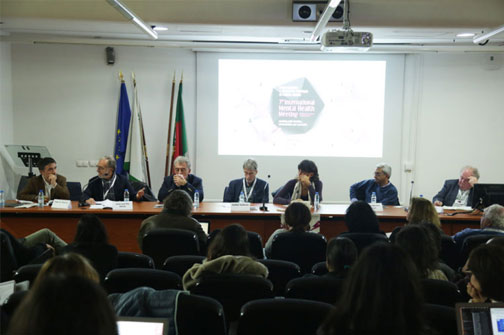 The 3rd International Mental Health Meeting, promoted by Fundação Romão de Sousa, took place at the Faculty of Social Sciences and Humanities of Universidade Nova de Lisboa (FCSH), on November 24, and had some of the best professionals in the area in a debate on new paths for mental health.

José Romão de Sousa, President of the Foundation, Miguel Xavier, Director of the National Plan for Mental Health and João G. Pereira, Clinical Director of Casa de Alba, opened the event that had the theme of Open Dialogue and Reflective Processes in Mental Health.

Jaakko Seikkula, Professor of Psychology, Department of Psychology, University of Jyväskylä, Finland, and mentor of the Open Dialogue system, spoke for the first time in Portugal and presented encouraging data for the development of this therapy.

According to the Psychologist and Professor, data collected in Finland (birthplace of the Open Dialogue) show that the mortality rate in patients who have passed the Open Dialogue is significantly lower than those who remained in the usual treatment system.

According to data revealed by the professional, the majority of patients in this treatment system can develop a work activity and be self-sufficient. Only 33% survive solely on subsidies. The numbers grow to double when it comes to the regular treatment system, where 60% survives at the expense of external financial support.

The Open Dialogue, as a treatment method, should involve all services in the region, as well as the entire community that supports the patient, from psychiatrists and psychologists, family and friends. In addition to diagnosing the problem, therapists must be available to try to understand what goes on in the patient’s life from an outside perspective.

“In this dialogue the person participates throughout his life, with his eyes, lips, hands, soul, spirituality, with his whole body …”, explained Jaakko Seikkula.

After lunch, the room was filled to hear the presentation of the second Keynote Speaker, Giovanni Stanghellini, psychiatrist, psychotherapist and Italian teacher, who defended the use of the phenomenological-hermeneutic method to reestablish the Dialogue with alterity, denominator common to all mental disorders.

According to Giovanni Stanghellini, at the first signs that something is not right, the patient can take two alternatives: moving in the direction of hallucinations or questioning someone he trusts about what he is seeing. This is where your PHD method can work (phenomenology, hermeneutics and psycho-dynamics).

Jorge Barreto Xavier, former Secretary of State and Professor at ISCTE-IUL, José Luís Pio Abreu, Psychiatrist and Professor at the University of Coimbra. The debate on Neoliberalism and Mental Health, which ended the Meeting, included Raquel Varela, Historian and University Professor, Jorge Barreto Xavier and the Keynote Speakers, Jaakko Seikkula and Giovanni Stanghellini. The debate was moderated by João G. Pereira, Clinical Director of Casa de Alba and researcher in psychotherapy, and Rex Haigh, Honorary Professor of Therapeutic Environments and Relational Health at the School of Sociology and Social Policy of the University of Nottingham in the United Kingdom. The subject generated an intense discussion about the society in which we live and the results of this experience in mental health.